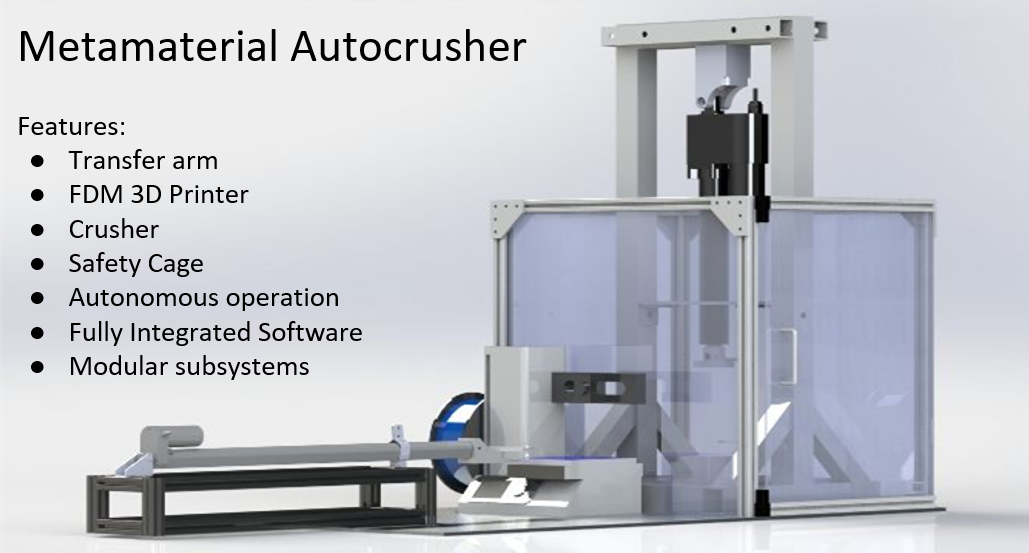 During my senior year of college, I joined a team with four other mechanical engineers to compete in Boston University’s College of Engineering’s Senior Design Competition for Mechanical Engineers. Tony Tang was our team leader and the rest of the team was comprised of myself, John Young, Jesse Guerrero and Mike McCarron. Our mission was to deliver an automated system that prints, crushes and iterates through infill parameters of a cube utilizing hill climbing methods. The importance behind this project was that is enabled us to create structures that were lightweight and exhibited optimized strength performance. Building this physical system allowed us to accelerate through materials science research through automated testing of properties that would otherwise be hard to simulate.

The entire system was comprised of an off the shelf fused deposition modeling (FDM) 3D printer, a custom robotic arm with a built in PA-14 Linear Actuator and servo-based gripper kit and a custom-made Instron Machine with a built in linear potentiometer, load cell and a PA-17 actuator. The process flow involves structures that are 3D printed using initial input parameters based on user preference. Structures are then moved off the build plate and fed into the crusher where it is then crushed. Information is fed back in a closed loop to improve and design the next structure autonomously using hill-climbing techniques. The basics of structure generation was varying parameters in a matlab function, which meant that the process was dependent upon the initial function inputted by the user, this could be changed, but needed to be done manually.

The Instron’s actuator could deliver a maximum 2000 lbf load, this was limited due to the budget constraints of the project. The 3D printer was a Monoprice Select Mini that was fairly cheap, but allowed us to have enough leeway to move the print off the bed onto the Instron’s load cell. Some of the design challenges were scraper alignment with the print bed (removing the 3D printed part proved troublesome), bed leveling to increase quality control of our print and establishing customer requirements early on to produce the minimum viable product. At times it was easy to go down a rabbit-hole with some of the requirements versus refining the requirements to produce a quality product, which was of course done at the latter stage of the project.  In order to make the process relatively autonomous (until the filament on the 3D printer runs out), a Matlab script initialized AutoIT, which then called Repetier (an opensource printing software), which then loaded and printed the structure produced by Matlab.

This project ended up winning the best senior mechanical engineering design award hosted by BU’s College of Engineering. Check out our team abstract and photo to learn more about the project: 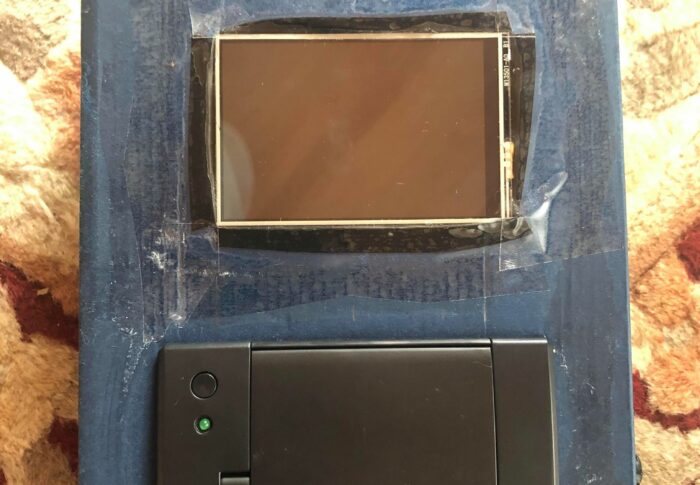 Christmas was just around the corner when I attempted this project. While I expected it to take a whole night, at most, […] 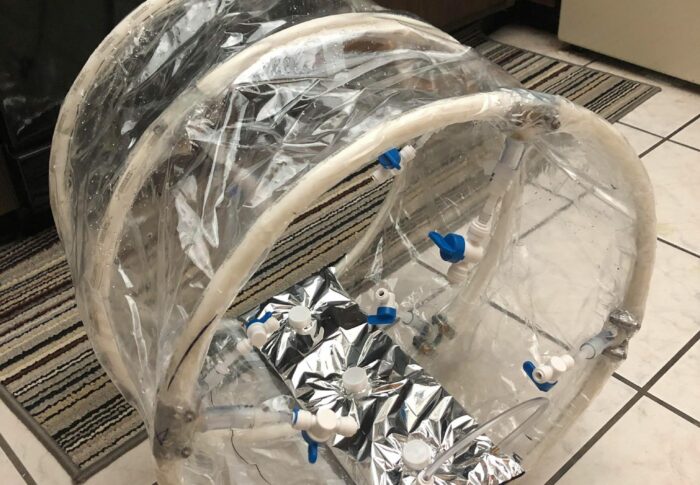 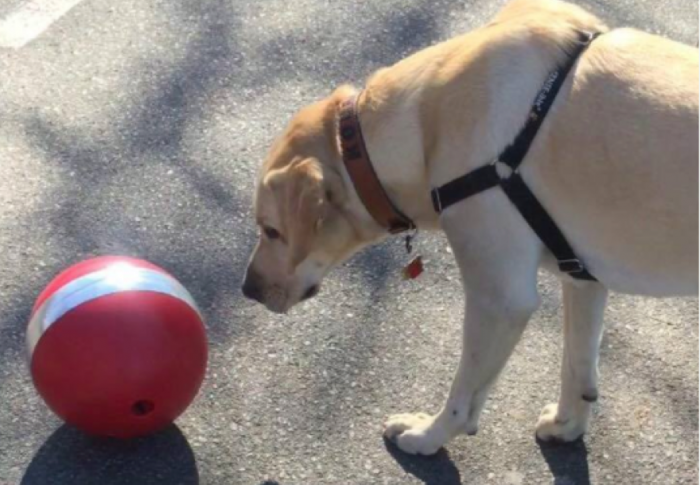 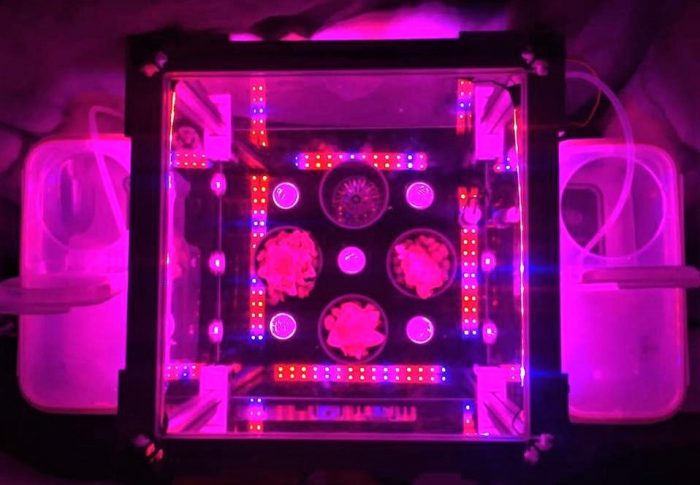 At the beginning of my senior year, I became interested in autonomous growing methods. Having been brought up on an organic farm […]