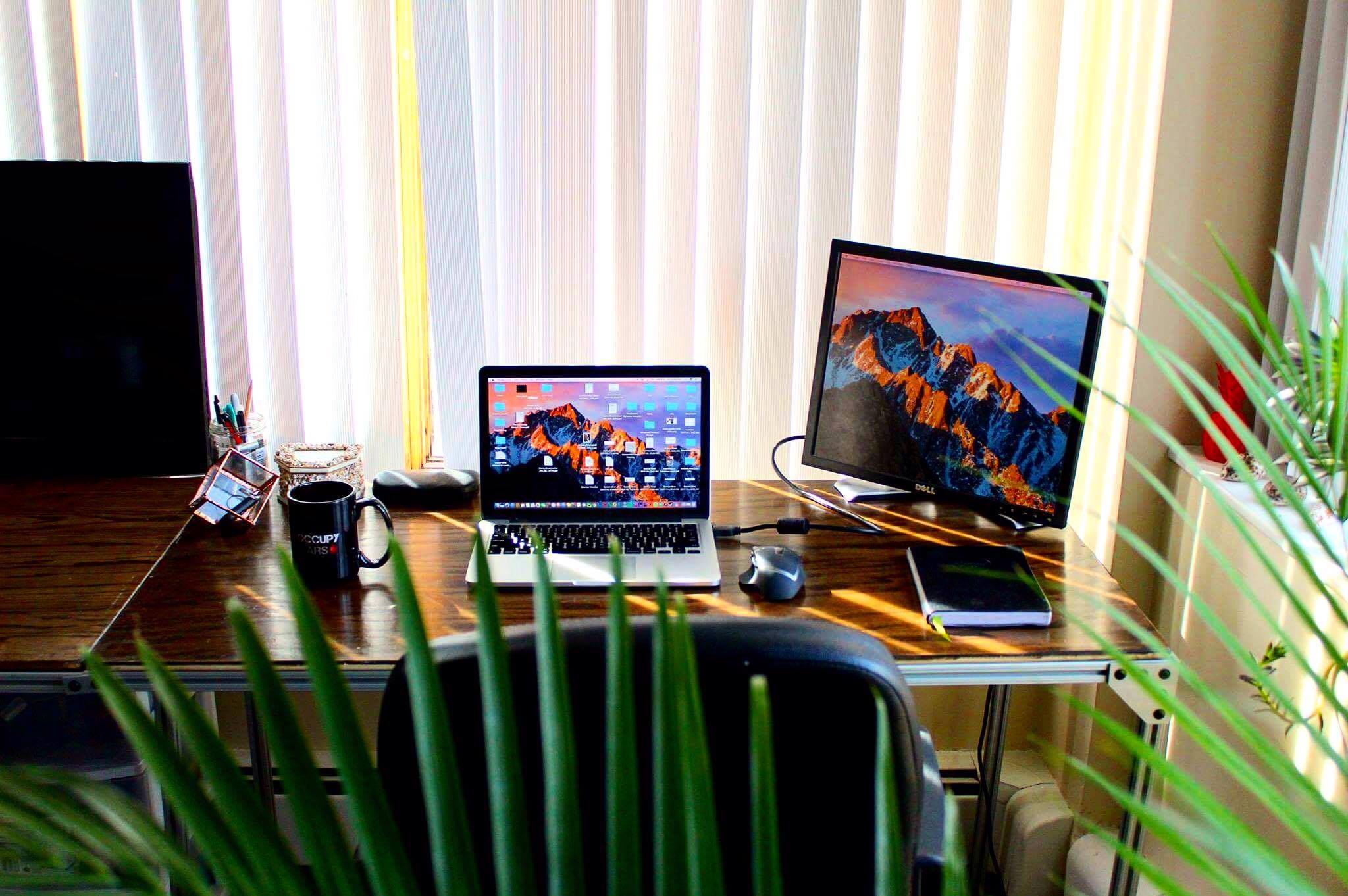 Upon completion of my senior year during undergrad, I moved from Park Drive on Boston University’s (BU) campus to Medford. Essentially I moved from a 300 sq ft room in a 3 bedroom apartment I had shared with two women (sometimes 3-5) to a 950 sq ft 1 bedroom apartment. The major downsides to this new apartment was that the floor squeaked and now my commute to BU for my master’s program went from a 1 minute walk to about an hour each way via public transportation (~commuter rail–> Green Line). Because I would no longer be using the engineering lounge as my study room, it meant that I would have to take advantage of the ample space in my new apartment to study/work on product design projects. While I enjoyed my previous desk from Park Drive, the fact that it had to lean upon my partner’s desk for support meant that we were less than an arm’s reach near each other. This became problematic.

Essentially we both wanted to position our desks against the west facing wall of the apartment in order to take advantage of the light that filtered through the tall, north facing windows. So this meant creating a desk that spanned from wall to wall at about 12 ft long, 2 ft wide, and around 3 ft tall. Furthermore, the desks had to be easily disassembled and reassembled in order to fit in the back seat of a Honda Civic since the materials would be procured through and machined in one of BU’s lab spaces. Since my master’s program was slowly ramping up, this meant that material lead times had to be relatively quick and any machining had to be efficient and minimal. While I could have gone to IKEA to get a desk, I was really keen on designing my own desk to fit the above requirements.

It was decided in true engineering-prototype fashion that the support materials of the desk would be made from 80-20. These are aluminum channels that are easy to assemble/disassemble as long as you have the right fittings. The desk’s boards were chosen to be 4 ft x 2 ft x 3/4 in white oak panels. White oak is notorious for having anti-bacteria fighting properties, which meant that if I spilled food or a sugary drink on the desk, I didn’t have to worry too much about bacteria buildup. Once the boards were received from Home Depot, they were sanded down by hand using an oscillating sander, stained with 3 coats of a walnut finish and then later finished with 2 coats of a water-based Polyurethane sealant. I really enjoyed how well the walnut wood stain brought out the oak grain. Once the support materials were received via McMaster, the 80-20 was oiled and cut based on the dimensions of the desk. Since the saw left sharp burrs along the edges, the 80-20 was filed down by hand to remove any sharp edges/clumps that may affect the user during assembly and disassembly. The processing and procurement stage took around two weeks. While I did have a CAD model of the desk at one point, I unfortunately lost the files when I lost access to my solidworks account after graduation.

The finished components were then brought to the apartment in various increments and assembled in one go. Assembly took a couple of hours despite having the added benefit of extra hands. There were a few tweaks here and there, but overall the desk came together fairly quickly and efficiently in a two week time period where I had been working on it on and off. Some of the middle leg supports for the desk were recessed back in order to allow for chairs to travel along the length of the desk. All sharp corners were sanded down and overall it serves its main purpose quite well.

Some cons are that 80-20 attachments need to be tightened every now and again, vinyl was never added to the edges of the desk and sometimes if you lean to much on the desk, it begins to tilt down slightly until you fix the orientation of the attachments. Since the desk acts as a single unit, any oscillations that occur on one side of the desk can be felt on the other side. So if you’re playing APEX and mashing the keyboard, its highly likely that the person using the other side of the desk is now dealing with a shaky desk situation.

But all in all, I’ve had no major problems with this desk even after two years of use. If I were to make any major improvements to this desk now, I would definitely add an automated standing desk feature–maybe one day.