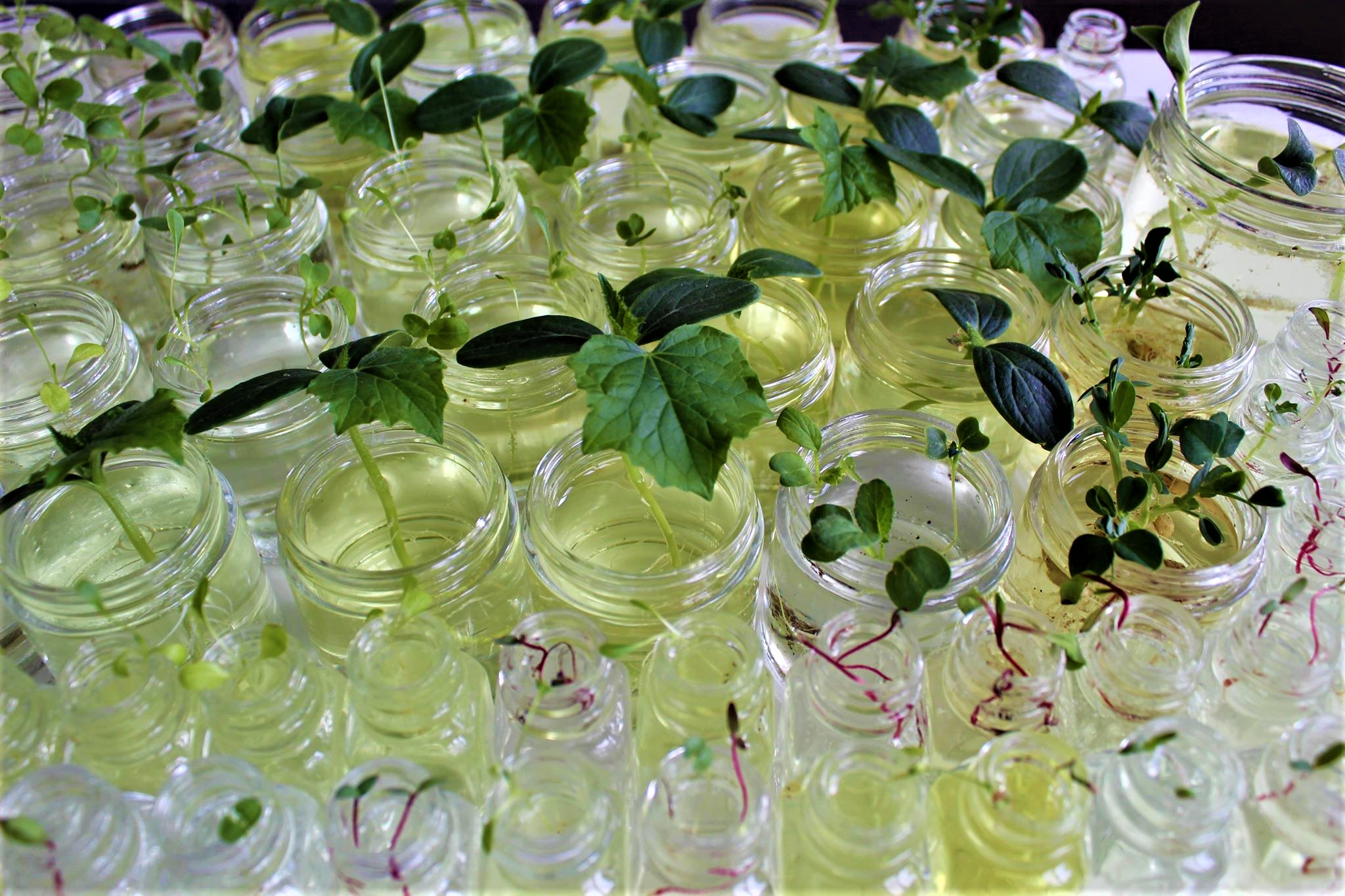 In January 2019, I started exploring raft-based hydroponics. I was interested in growing my own produce as well as a variety of different plants while using less energy than systems such as nutrient film hydroponics and aeroponics. I was also becoming aware of the trends of microgreens. My dad, who is another avid grower, was excited to discuss the trend that microgreens posed on the organic produce market. They seemed relatively easy to grow and I decided that I could use microgreen growing techniques as a starter for my future hydroponics set up.

Being naive and looking through a ton of pinterest photos, I decided to use the glass jars I had bought for succulent propagation, to grow the larger seedlings in. These glass jars would be situated on a shelf with the following dimensions: 48″ height x 36″ length x 15.5″ width. This is what it’s supposed to look like if each of the shelves were around 10″ apart from each other:

Unfortunately this was not the case. Instead of five shelves, I was only able to fit four. If I had accounted for the thickness of the lights as well as the height of some of my containers that hold growing materials, I would have been able to include a fifth shelf. My excitement and impatience to build another growing unit caused me to miss some key parameters. Eventually this is what my shelf would look like today (post third harvest and cleaning):

Because I was able to get some free hydroponics stuff, I didn’t quite have uniform lighting throughout the chamber. Each shelf–except for the bottom shelf– had it’s own light. The three lights I was given were the following: Red Spectrum Enriched For Budding & Flowering 2 ft/pi LED 19 Watt Grow Light. It’s important to note the red spectrum enriched characteristic because it’s not a full spectrum light, which means my plants are limited to certain growth stages. Right now my normalized photon flux peaks at 452 nm (blue light) and 643 nm (red light). Why is this important? Well, NASA reported that red light (630-660 nm) is essential for the growth of stems, the expansion of leaves and regulating flowering, dormancy periods and seed germination. Good, my light’s current wavelength falls into this spectrum. It also falls into the blue light spectrum (400-520 nm), which is important for leaf and stem growth, but needs to be properly regulated since overexposure apparently can stunt certain plant species. What these lights are lacking are green light (500-600 nm) and Far Red Light (720-740 nm), which I believe you can get from full spectrum lights. Now green light was thought to be unnecessary since it’s reflected back to us, thus leaves are green, but studies actually showed that green light can penetrate through the thicker tops of canopies thus supporting the chlorophyll production of the lower canopies. This is necessary if your hydroponics set up has the upper leaves blocking the light from the lower leaves or the other competing plants in the set up–which is a fault of the set up, but could be beneficial if these mistakes happen. Far red light also supports the lower leaves/canopies and it reduces the time needed for plants to flower.

So you can see that I am missing parts of the light spectrum in my growth chamber. This would be evident later. Now what’s also important to note is that these lights only cover a 2 ft x 2 ft footprint. Each shelf has a 15″ x 3 ft footprint. Meaning that at least a foot of my shelf is not going to have enough light. FURTHERMORE, these lights are supposed to be between 16″ to 30″ above my plants. Each of my shelves are spaced about 10-12″ apart. So while the intensity of the light is probably beneficial for the plants located in the middle (19 watt is on the minimal side, this is plant specific though), it reduces my light’s overall footprint coverage. So this puts more plants at risk for not receiving enough light and thus making them ridiculously leggy–phototropism for the win. So logically one would not place plants in those areas that lack light, but again my excitement proceeded my judgement at that time–again, this would be evident later. 🙂

I attached my lights to the shelves with duct tape because I didn’t want to drill holes into my lovely red cedar shelves in my growth chamber. It seems to be holding up fine, but it does look janky. Now I also had to cover the unit because I would be running the lights for about 12-15 hours a day (8am-8pm and sometime 8am-10pm). While this is the time we’re at work, the light is pretty blinding so a cover was needed. I saved a canvas I had received my bed in when I first moved into my apartment and so I decided to use that, but the light was still pretty blinding.

I purchased a car’s sun shade at the dollar store and positioned that under the canvas, granted, it only covered the front and the back of the unit. So I used cardboard and more duct tape to block out the sides. This looked even jankier, but it worked to the point that I was satisfied with. But notice here that there is no mention of HVAC…more on that later.

I did try to decorate the top of the hydroponics shelf in the beginning…but it prompted our guests to think I dabbled in alchemy and my landlord to think I grew cannabis. I can now see why they though that…

Finally we get to seed propagation. I went again, to the Dollar store (my favorite place) and purchased a ton of different of seeds.

After buying at least 30 different seed packets, I germinated most of them using either coconut coir in baking pans or a seed mat on a tupperware filled with a nutrient solution, which I saw on youtube. Again these are methods used to grow microgreens.

Because we’re germinating seeds, I covered the containers where the seeds were germinating in because I needed the light on for other plants on the specific shelf and also because I wanted to see how red light affected the germination rate.

Now I made some mistakes with this first batch. You’re supposed to soak some of the seeds before putting them on the coconut coir and in this case I didn’t do that. In my next batches I used test tubes to soak the seeds in water:

I made another mistake in packing the peas test tube with too many seeds. Thus they squeezed together after expansion (evident on the lower layer) and were really difficult to remove from the container. But the other seeds seemed to soak overnight relatively fine. After about a week to a week and a half I had some nice seedling growth (2-4 inches) and I decided to propagate a ton of the larger ones. I placed them in glass jars.

It’s important to also note that I noticed white and orange mold growth on the seed mats after about a week. It was evident that the humidity in the chamber was promoting fungal growth. HVAC was necessary for the next batches of plant growth.

Now while the jars were very pretty, it was SUPER impractical to use them for hydroponics. These plants may look fairly strong and upright, but at this point you can just faintly see the slime that’s beginning to accumulate over the white roots. There are also a ton of seedlings occupying one space, this would become problematic once they grow larger and need a larger footprint.

Eventually a series of mistakes led to two major problems that affected my growth chamber:

Check out my next post to see how I dealt with the incoming blight that a 1/3 of my plants fell victim too. 🙁 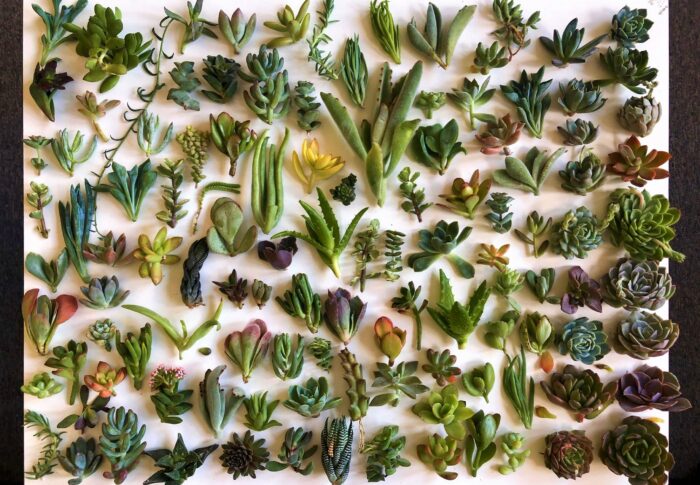 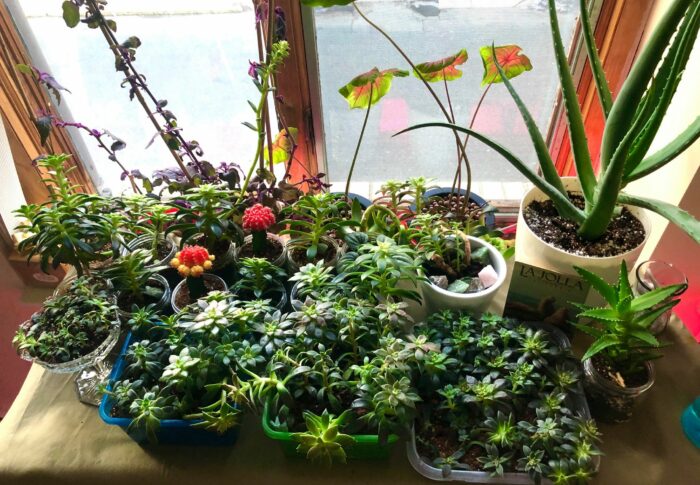 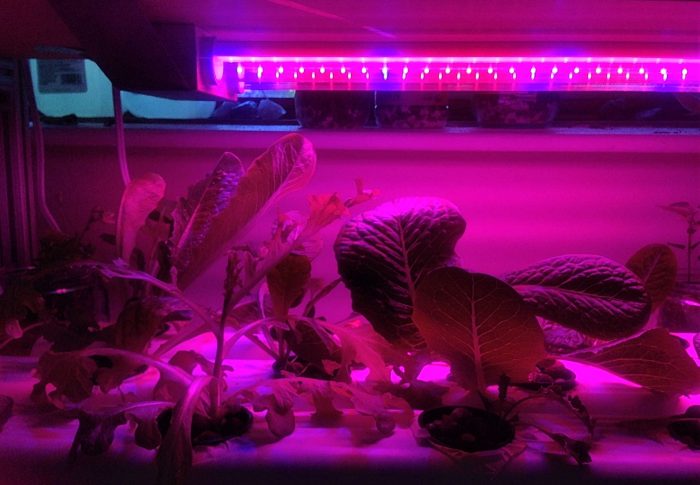 We left off on a sad note in my last post. About 1/3 of my seedlings had fallen to blight due to […] 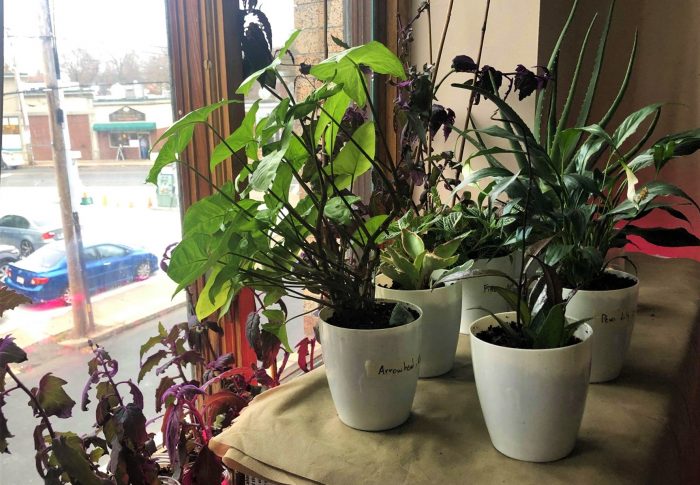